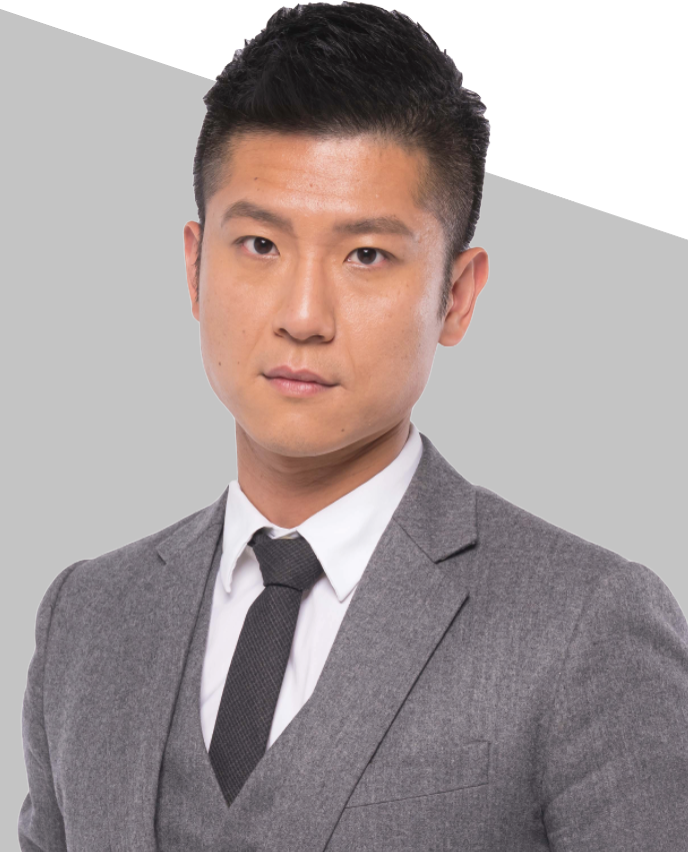 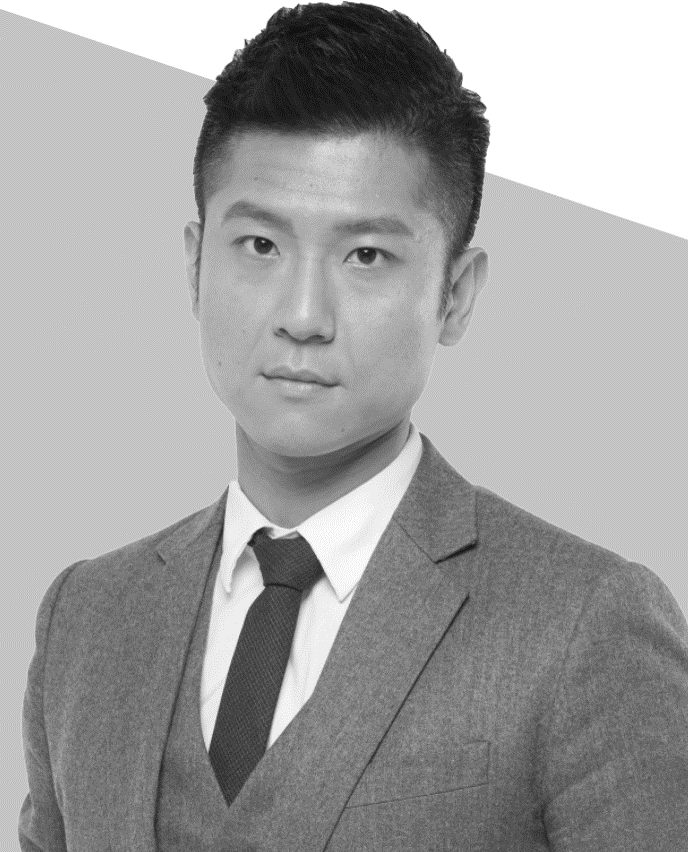 Ivan is the co-founder of Red Building Capital. The company’s name Red Building is the symbolic building in his high school, which is ranked as the best high school in Taiwan. He holds his bachelor’s degree and master’s degree in material science specializing in semiconductors from National Taiwan University. During his years in NTU, Ivan published his research paper on innovative ways to improve semiconductor layer deposition on the international platform. After graduated from NTU, Ivan worked as an R&D engineer developing 20nm chips in Taiwan Semiconductor Manufacturing Company (“TSMC”). Ivan is a serial entrepreneur who has startup experiences in Shanghai, Berlin, and Taiwan. He has led a team of more than 20 people in China and has more than 10 years of experience in the stock market.

Since the founding of RBC, Ivan has been sharing blockchain’s disruptive innovation on TED talk, acting as a keynote speaker explaining the breakthroughs, the application, and the new digital economy created by blockchain technology in NTU, Hewlett-Packard (“HP”), and other organizations. In 2017, Ivan actively started to participate in international conferences and exhibitions in Silicon Valley, Singapore, Hong Kong, Shanghai, etc. Through years of connections in the industry and global experiences, he gains access to many high-quality projects and was able to invest in the early stage. Ivan’s past experiences on blockchain and early-stage investment help him decipher the market trends and identify companies with the potential to become unicorns.

Ivan strongly believes that “A calculated risk is worth taking as long as the return is high enough; You should consider taking that opportunity whenever it comes.” Over time, an excessive return can often be obtained.

Ivan has more than 4 years of experience in blockchain’s primary deals. Through investment in industrial blockchain technology and Web 3.0 startups, he has earned 30x profits. He believes that blockchain technology cannot only serve as a new technical solution, but also create a new economic model, which is worth advocating.  RBC has attracted over 8 million U.S. dollars investment in six months, and this makes investing and participating in the growth of early-stage future startup unicorns possible. This fund also helps those companies solidify their foundation and progress. In this era, the boundary between the real world and virtual reality has become blurry and will likely merge into one in the near future. RBC will continue to stand at the forefront to collaboratively create value with startups and help them connect with the global market. 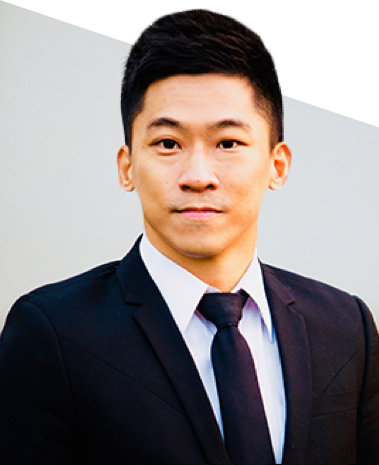 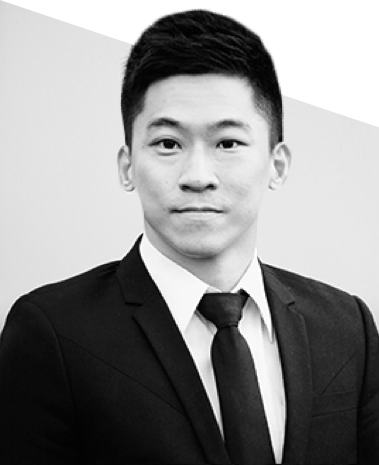 Before the establishment of Red Building Capital, Denny Yang was the reserve cadre and design supervisor of Quanta Cloud Department of the world's top 500 server hardware manufacturing company. He has five years of experience in Internet and cloud infrastructure construction.

Denny excels at project development and teamwork. He also had experiences of in-depth cooperation with Facebook and the Amazon cloud server design department. As an enthusiastic developer of the EOS.IO system (currently the fastest public chain with the fastest computing speed), he organized EOSTAIWAN-a community of more than 2,000 people and hundreds of EOS DAPP developers, and he has worked with people from Australia, Hangzhou, Partners in Beijing have jointly developed DAPP on EOS.IO such as EOSWORLDMAP, LELEGO, LUCKYBOX, IDAC, etc., and continue to work hard on the public chain system. 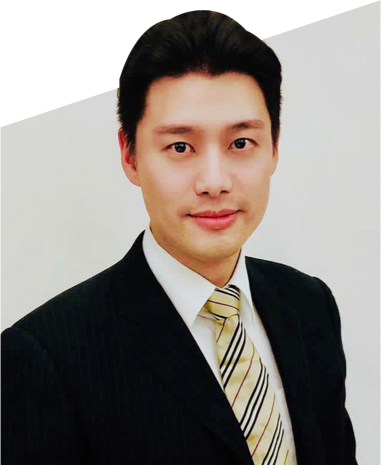 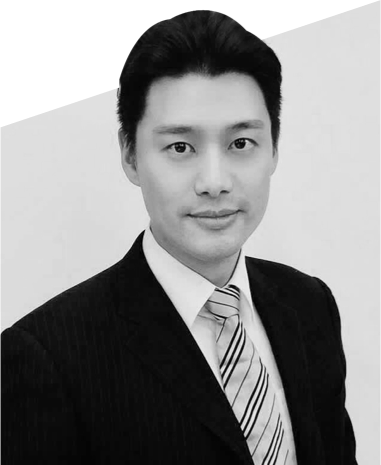 Prior to co-founding Red Building Capital, Dennis was a successful serial entrepreneur across industries such as trade, retail, e-commerce, and catering. Neo Vision, Ideal Worldwide, and Sky Bridge are some of the companies he has founded. Dennis has a keen business sense and excellent risk control ability. He has more than 15 years of experience in the fields of start-up projects, secondary markets, and real estate investment. He knows that risk control and the ability to respond quickly are essential to the survival of the company.

The early study career and entrepreneurial journey to and from Taiwan and Canada gave Dennis broad innovative thinking and a mission-critical personality, able to conduct market tests in a fast and low-risk manner, and develop new business opportunities. With his rich experience, he can give practical and reliable advice and assistance to entrepreneurs and start-up companies. In terms of business operations and commercial development, Dennis can also grasp the general direction and give precise judgments at any time.

In recent years, Red Building Labs has been established as a bridge between new high-tech and enterprise applications. At the same time, in response to the brand’s loyalty project, the "Po Point" OMO member points platform was created by blockchain technique, which opened up a direct dialogue between brand manufacturers and consumers. Then, in Cayman, Taiwan's first Hedge Fund will be established in cooperation with top Wall Street teams.

The principle of using talents for appropriate tasks and tasks allows Dennis to continue to play the role of grafting traditional world resources and technology startups. 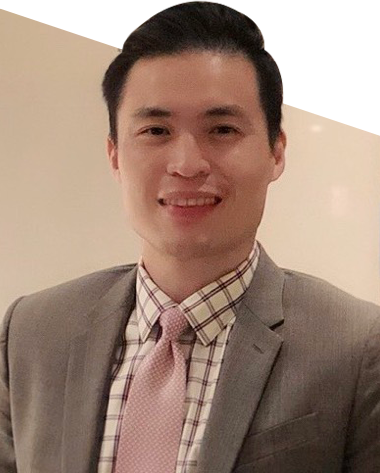 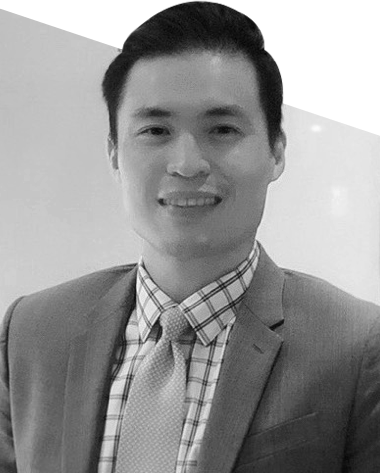 Eric comes from a traditional financial industry background and holds a CFA license and an actuary license. Prior to joining Red Building Capital, Eric was responsible for managing tens of millions of dollars in assets at UBS Wealth Management, a Swiss bank in Singapore. Earlier he held actuarial-related positions in MetLife, and the investment department of Nanshan Life Insurance in Taiwan was responsible for the management of assets and liabilities. So in addition to the investment, a considerable degree of experience in statistical actuarial and risk management.

Eric believes that through Red Building Capital, it is possible to find outstanding targets in global high-tech fields such as artificial intelligence, 5G, the Internet, and blockchain, and use past investment and risk management experience to create greater value and returns in the future, and attract more Multi-technology and investors create a complete high-tech ecosystem. 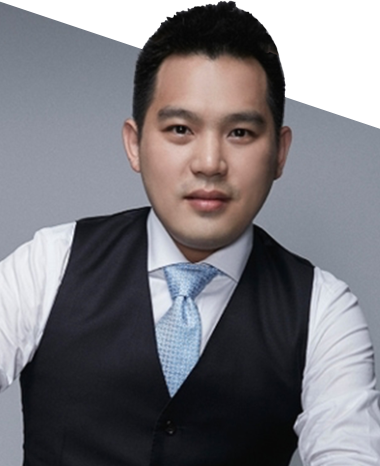 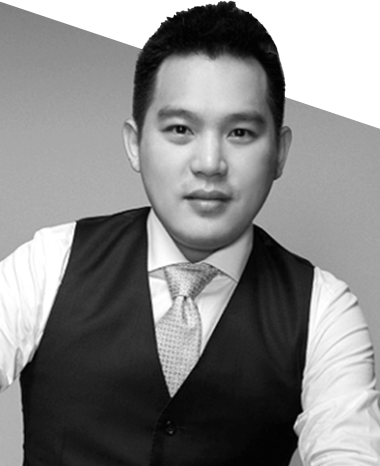 Kai Tan, the current CEO of J&V Energy Technology, has a double bachelor's degree from the Department of Finance and Mathematics of National Taiwan University. He is rigorous, extremely clear-minded, and extraordinarily courageous. Kai entered the field of renewable energy in Japan 10 years ago and invested in solar power plants. In 2016, he brought the technology and experience back to Taiwan and established  J&V Energy Technology.

Thus far, Kai has led the team to develop and hold more than 300MW of solar power plants in Taiwan, setting a number of Taiwan's first records. He has also extended the corporate reach to wind power, biomass energy, energy storage, green power trading platforms, and other projects, creating a full range of renewable energy services.

Furthermore, Kai also diversified his portfolio by investing in companies such as skiing, electromechanics, and blockchain. With his precise investment vision and diversified projects, Kai has raised investment horizons to better see the context, and accurately direct businesses, which is his way to success. 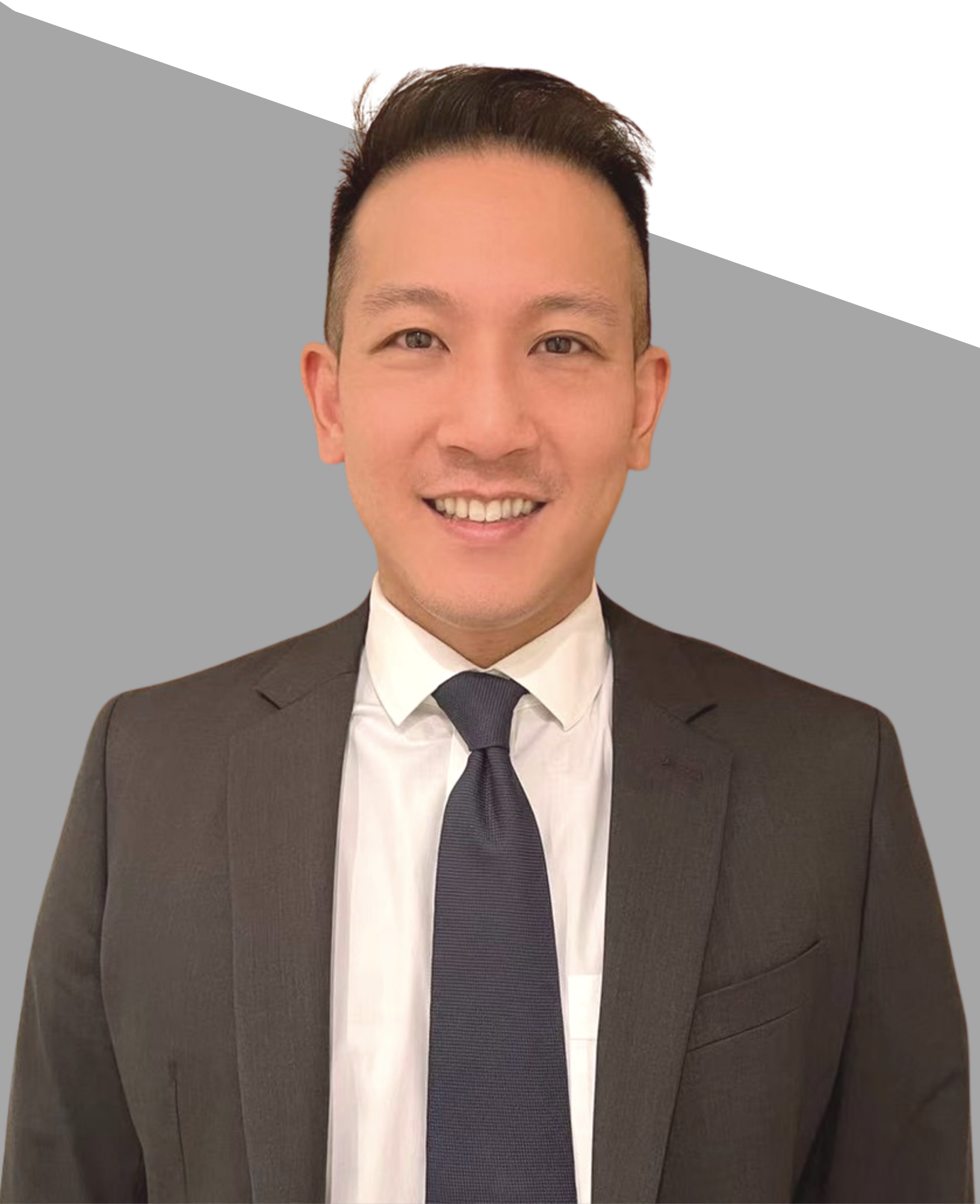 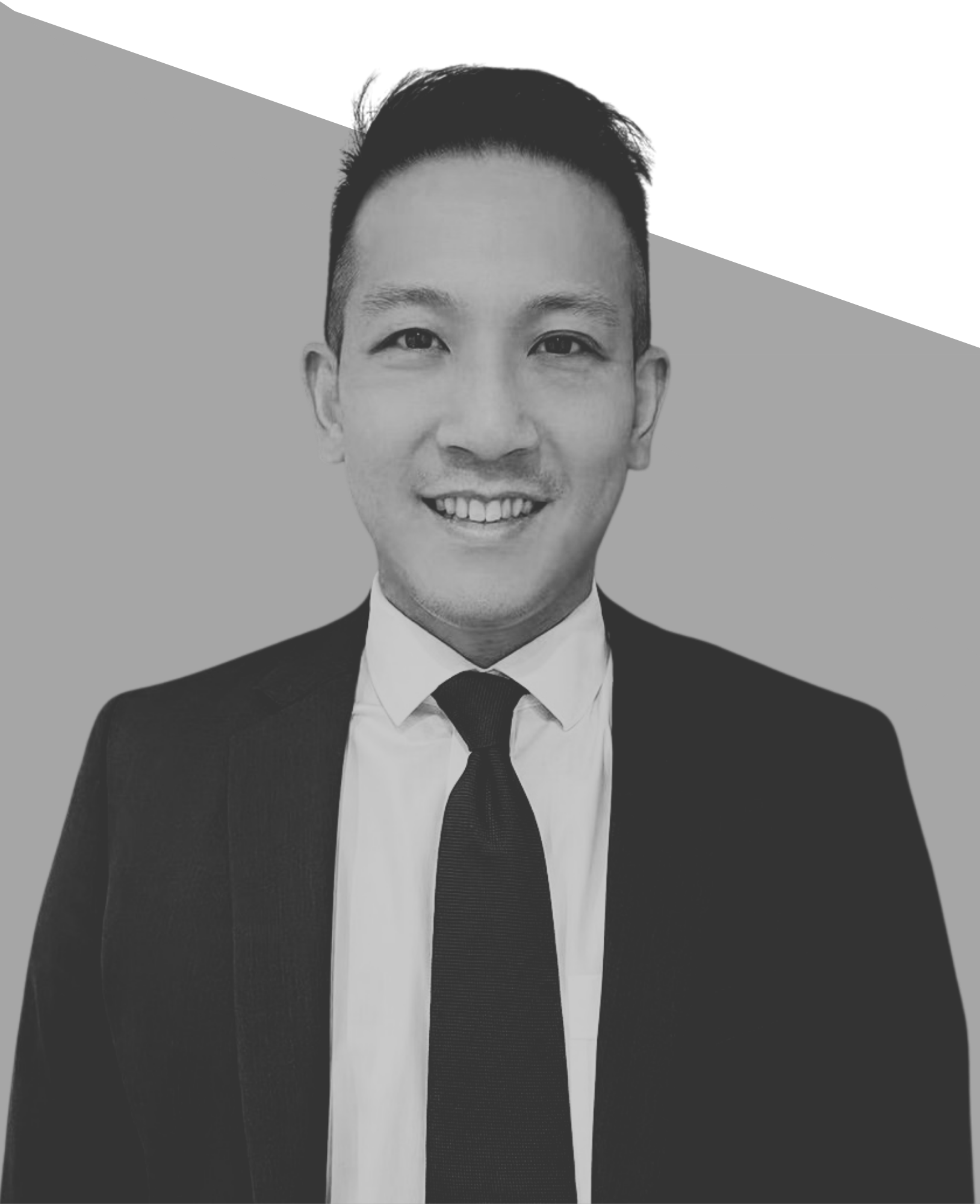 Ian has 6+ years of experience in the finance sector. His career started with investment banking at JPMorgan and moved to corporate loans focusing on SME and MME market at Citibank, and private equity at Yangtze Associates handling VC deals and asset management.

Ian moved to China in 2011 and joined a luxury travel platform - Affordable Luxury Network, handling all S&M and BD, as a co-investor, which was acquired 3-4 years later. He also has 10+ years of experience in hospitality focusing on corporate strategy, sales, marketing, business development, and partnership on a global basis with Shangri-La Hotels and minor hotels.

Within the past 6 years, Ian has continued to do personal investments as a hobby with a portfolio of 10+ companies (3 exits) including such as Palantir (US - IPO), 23andme (US-IPO), JKos (Taiwan), ETT Industries (LDN), and etc. 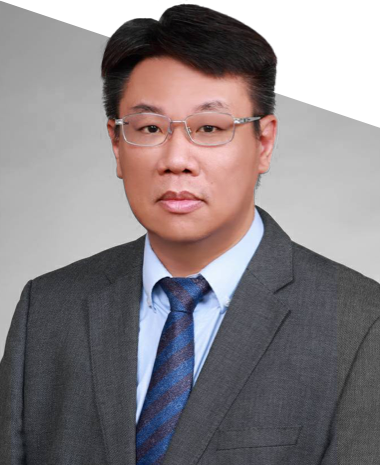 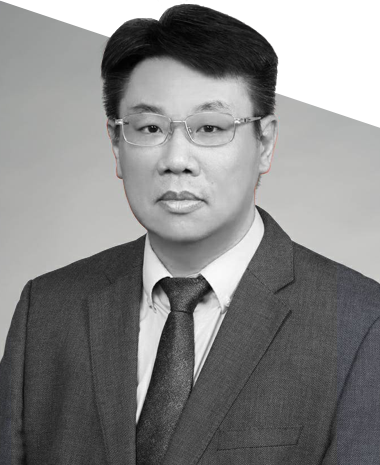 Dr. Mark Chang is the Venture Partner of Singapore's ICH-Shenton Healthtech Fund in Taiwan, and an Expert Mentor of the Innovators Commercialization Program of Asia Research & Innovation Alliance.

Dr. Chang was the former Chief Information Officer and Board Director of Yonglin Healthcare Foundation, and also held senior management positions of many startups of the Foxconn Health Technology Business Group. He also served as an expert committee member in two review boards of Taiwan’s Ministry of Science and Technology and the Ministry of Health and Welfare regarding AI and biobank.

Dr. Chang got his doctoral degree in Biomedical Informatics from University of Oxford. In his early career, he was an Assistant Professor and Principal Investigator at Taipei Medical University, Institute of Information Industry, and Industrial Technology Research Institute.

Dr. Chang strongly believes the potential of blockchain and web 3.0, and will work with RBC's excellent team to create the bright future together.

y of Health and Welfre regarding AI and biobank 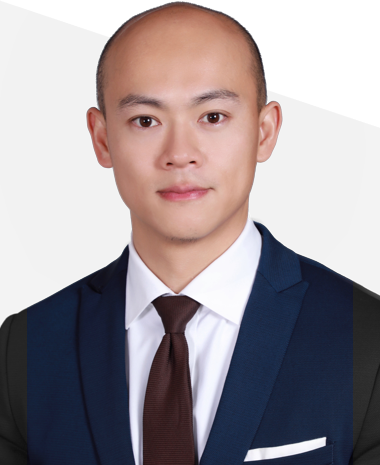 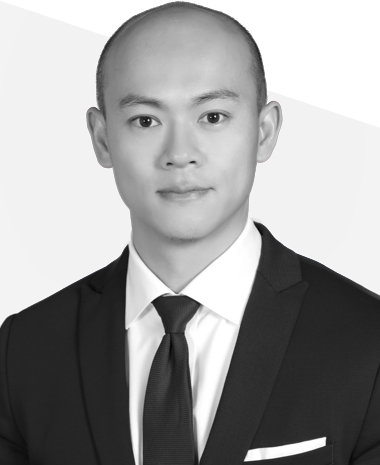 Alex graduated from the Graduate Institute of Communication Engineering, National Taiwan University. During his studies, he published three IEEE international papers. He specialized in the design and analysis of performance optimization algorithms. After graduation, he joined Texas Instruments as a business engineer and later became the company's youngest district business manager, where he accomplished the tremendous achievement of 80 million US dollar sales in Taiwan within a year. In 2019, Alex switched lanes and entered the field of blockchain technology. He became one of the founding members of Red Building Capital, responsible for technical due diligence of new projects and pre-investment management of the team. During this period, Alex was able to scope potential teams in the industry and execute investments. Meanwhile, he also established and secured a business collaboration with Quanta Computer.

In 2020, The Red Building Labs was established. Alex was one of the founding members and serves as the VP of the team. He is responsible for the retail industry category and assists customers in digital empowerment transformation with Red Building Labs solutions. Alex assists in promoting the OMO big data integration project, helping the retail industry to build an online and offline consumer big data database, and use the cross-channel integration system to convert consumers into brand loyal members. The system also benefits corporate clients in implementing and optimizing regular customer remarketing to increase revenue and reduce costs.

Alex is determined that through the integration of technology and business, he can support customers to succeed and prosper.

GET THE LATEST NEWS IN RED BUILDING